The FIFA Women’s World Cup 2019 kicks off on June 7th in France with 24 nations vying for the chance to be crowned champions of the world.

Perennial champions the United States head to France as the winners of the 2015 version of the tournament. The Yanks have won the competition three times, the most of any nation. Germany, Norway, and Japan are the only other countries to lift the FIFA Women’s World Cup trophy.

This year’s event in France will only be the eighth FIFA Women’s World Cup. With 24 teams set to compete in nine different French cities, which nation will finish with the World Cup trophy?

The first FIFA Women’s World Cup took place in 1991 in China. Just 12 teams took part in the inaugural event with the U.S. defeating Norway in the final.

Sweden hosted the 1995 edition. Twelve teams once again took part with Norway lifting the cup. Four years later, football — or soccer — was put on the map in the U.S. as the Americans defeated China in the final. The third instalment of the tournament featured 16 nations. The win made the women’s national team celebrities overnight. It also influenced a generation of women to follow the footsteps of the players. Brandi Chastain’s photo after the game is still an iconic image. 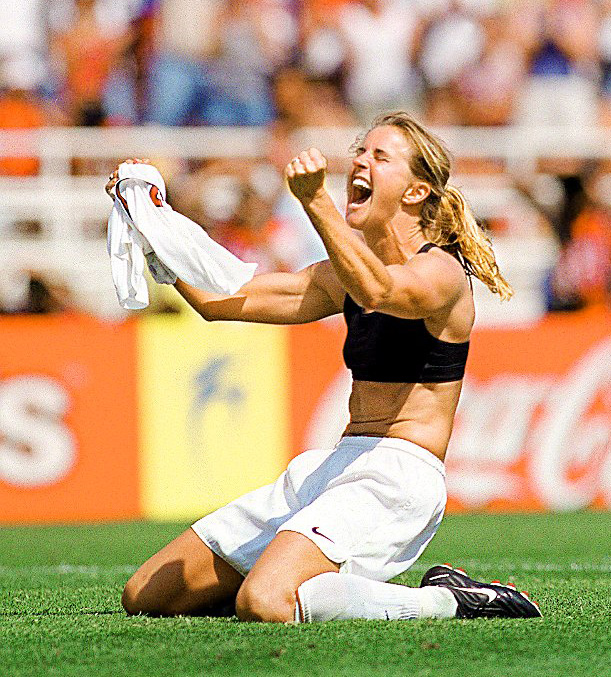 Due to the success of the 1999 tournament, the U.S. hosted the 2003 competition as well. Germany outlasted the competition to win their first FIFA Women’s World Cup trophy.

Germany won their second straight World Cup four years later in China. The Germans kept clean sheets in all of their matches. In the final, Germany defeated Brazil, 2-0. Sixteen teams took part in the tournament.

Canada was the host nation for the 2015 version of the tournament which was increased to 24 teams. The final was a rematch of the 2011 championship game between Japan and the U.S. The Americans didn’t have as much difficulty with Japan as before. The U.S. won 5-2.

The tournament’s 24 teams are divided into six groups of four teams. The top two teams in each group will progress to the knockout stage with the four best third-place teams qualifying as well.

The knockout stage will begin on June 22nd with the final occurring on July 7th in Lyon. It is no coincidence that the final will take place in Lyon, the home of one of Europe’s most successful women’s club teams.

The top nations have, for the most part, been kept away from each other in the groups. Perhaps the strongest group on paper will be Group C. It features Australia, Brazil, Italy, and Jamaica.

Meanwhile, England’s path to the knockout stage won’t be easy as Scotland, Argentina, and Japan join them in Group D.

Canada will be one of the favourites to make it deep into the competition. They will clash with Cameroon, New Zealand, and the Netherlands in Group E. Group F will see the U.S. and Sweden as the two top sides. Chile and Thailand will join them to make up the numbers.

This year’s tournament is set to be another great women’s football event. Not only will it give the best women’s players a platform to play, but it will expose them to new fans and a wider audience.

Premier Football UK will host a Women’s Soccer Showcase starting on July 22nd. Want to be a part of it? Find out more information here.